This blog post has been a long time coming… Two years to be truthful. Although my Dad is a keen gardener, I’ve only caught onto its lure in the last few years. It started with an overflowing garden balcony and then it evolved into a hilltop allotment. Throw a few house moves and country changes into the mix and finally I’m settled into a wee garden space where I can grow produce and plants on my doorstep. Everything I’ve learnt about gardening came from my Dad, so I’d like to thank him for that.

Now, the raised bed was certainly a learning curve and I was determined to build it myself, unaided by my Dad, who was equally determined to cast a watchful eye over its wobbly progress. In the midst of my pre-exam studies there was nothing quite like going outside armed with a hacksaw and banging 3 inch nails into timber. Lessons learned, I built a bed too big and too deep to fill and it took me weeks to accumulate the necessary soil to fill it. For the timber frame, I sourced and treated old scaffolding planks and  secured them with steel strips.

In order to get going quickly, I sectioned the box into parts and filled it over a few weeks, starting with potatoes, followed by a mature chard and a lemon verbena (which I replanted from the original allotment). As the months got warmer I worked on salad and beetroot seedlings and planted onions directly into the soil.

You might not have the luxury of choice but if you can position your bed southwards with any taller crops, like potato or climbers such as beans, at the northernly end. This will avoid shadows being cast over smaller crops in the evening.

You can read the back of any seed packet for instructions on how to start the seedlings. I do buy seeds and also grown plants from a garden centre, but recently I have taken to an old-time tradition of seed saving. I have such fond memories of my mother keeping sweet pea seeds, although my parents don’t practice seed saving anymore, I have been keeping a log of heirloom seeds from my Dads and my own garden so that we can continue to grow the same crops year on year. People often share seeds with me from their own gardens which is a really nice and sustainable way to gift. I am particularly excited about some magic South African beans I acquired, which are currently seeding. Some seedlings are tough to develop and generally I manage to get half of my potted seeds developed into thriving plants. Most seedlings require potting soil such as John Innes to get going. Water lightly (the soil should never be too damp). Some seedlings prefer to be grown directly outside and some need a bit of mollycoddling.

I always keep a compost heap nearby for dumping weeds and clippings into. Composting is super easy and a really great way to benefit from any food waste you might accumulate (as apposed to sending it away in your brown bin). Check out the DIY section for tips on keeping a thriving compost.

Although my Dad would tend to an array of exotic blooms, post-Christmas, for me everything kicks off on Saint Patrick’s Day when the first chitted potatoes would be sown. Lá fhéile Pádraig! March 17th is my goal to get the early chitted potatoes into the ground. I buy a bag of seeding potatoes, there are lots of varieties so be sure to grow ones you like to eat. You can use egg cartons to sprout the blooms. Leave two or three shoots on each potato and when they are a half inch sprouted they are ready for planting.

Prep your bed and if, like me, you are using a raised bed make sure the ground is deep enough for the roots to grow. Enrich the soil one month in advance by turning with some organic fertiliser such as seaweed (rinse off any salt), homemade compost, or manure. When you are ready to plant turn over the soil again to aerate and rake the surface level. Dig six inch deep troughs and mounds. Sow the potato seeds bloom side upwards in rows 12 inches apart. Cover with some of the earth but keep enough of the mound for covering the plant as it starts to grow.  The vegetation will grow tall and you need to keep covering the base with soil. Come June, purple and yellow flowers will appear. Keep building the mound with soil to sturdy the plant. Water once to twice weekly and check the leaves for wilting. Once the flowers dieback and wilt your first potatoes are ready. Check the size and select a few for harvesting. Leave the plant stand because when it dies back the energy will rush to the potato and grow fine big tubers. Harvest what you need and clear all the crop out before the first frost.

I was gifted a seriously exciting array of South African beans, on one condition.. that I promised to grow them and not make an awesome necklace with the seeds. I was pretty nervous I’d spoil them since I’d never grown beans before, but if the seedlings which were successful, they soon thrived into mature beanstalks.

Scarlet runner, yin-yang / orca bean, lima bean, appaloosa bean and blue peters were among the seeds planted but only the scarlet runners and the appaloosa beans survived past the seedlings stage. They were very little trouble to grow. I transferred the young plants into a deeper pot and once they were ready to climb, I suspended taught twine from the ceiling of the glass house directly down to the pot. After two months long beans have started to appear already. I’ve read that they must be cooked before eating, otherwise you might suffer a sore stomach.

One thought on “A Time to Grow” 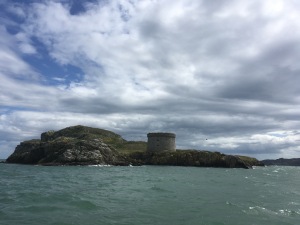